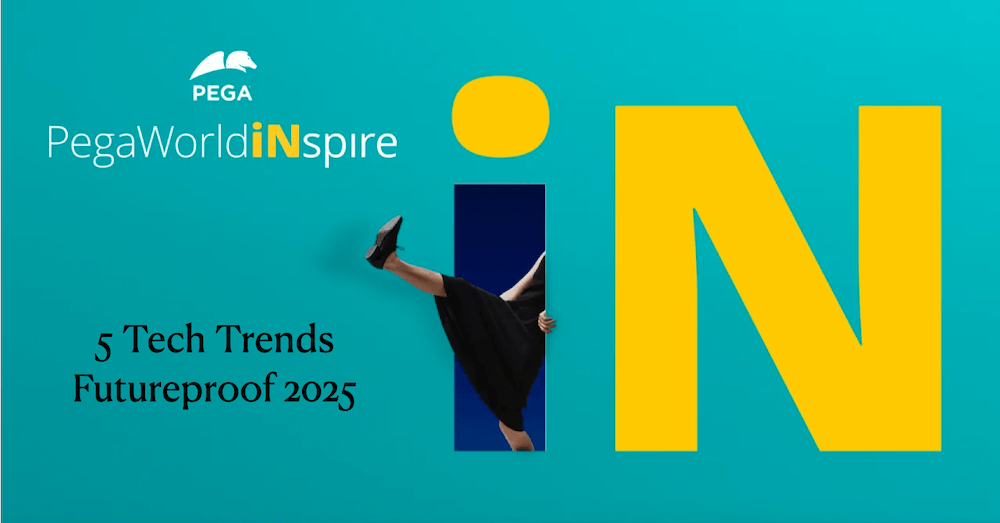 I attended the Pega World Inspire 2021 which, for the second year in a row, was held online. Let’s hope in 2022, it’ll be back in person (Las Vegas!). It was, overall, a highly polished and high-speed 2.5-hour affair with a lot of content delivered. I especially liked the number of customer use cases that were presented. I also enjoyed the coherent visual technique that was used to introduce each speaker… Almost Star Trekkie in look and feel. As can be expected, though, with such a production, there were a couple of snafus including some OTT spammers in the chat and one rather long unexpected gap. If anything, and notwithstanding those bugs, the whole event was a little too polished for my liking.

It was kicked off with a keynote by Pegasystems founder and CEO, Alan Trefler, who’s been a prior guest on my podcast. The event was themed around “crushing simplicity” and was filled with case studies, showcasing client success with Pega’s system. It’s a good recipe to help others see how Pega works, out of the horse’s mouth per se! As ever with Pega, empathy was a recurring subject not just embedded in their software to help assess the next best actions, but also as a part of building the internal team culture.

The entertaining Don Schuerman shepherded the final keynote session which most caught my attention and which I have resumed below with some commentary. After Don’s session, the event ended with a live finale featuring the quirky and explorational Walk off the Earth, who played a number of fine medleys and one live premier of a song they wrote.

The future trends, presented by Don Schuerman, were based on a survey of 1300 senior leaders, culminating in the Futureproof 2025 report. Don cited the following five trends [you can read the full report here]:

As Don suggested at the end, it’s a good idea for executives to play around with these new technologies to get a better sense of their capacity. But, when it comes to using them for your business, to avoid the new shiny object syndrome and using a design thinking process, it’s important to think first of the problem you want to fix and then seek out the suite of technologies that can solve it. Here’s Don’s session up on YouTube if you want to watch the full version.

*Per ThinkWise, “low code” involves defining and designing software in a graphical manner, instead of programming millions of lines of code, it becomes possible to build manageable and fast applications that exactly align with the working methods within your company.

**Mixed Reality is the merging of real and virtual worlds to produce new environments and visualizations, where physical and digital objects co-exist and interact in real time.

Meanwhile, you can catch all the #PegaWorld replays here.