Google Plus is a Plus, no doubt

Google+ A real Plus

Google has arrived with a splash on the social media scene — which is what Google Plus or Google+ is.  After the failed attempts with Google Buzz and Google Wave, I believe that Google+ is the real deal.  Having launched +1, an equivalent to the Facebook LIKE button, it is clear that Google has now dropped the gloves with Facebook. And, after a mere 48 hours of existence, I am going to say that Google+ is the real McCoy.  Google will have to work through the kinks, but, bottom line, the functionality looks and feels better than on Facebook in many instances.  With the “invitation only” approach, Google is helping to create a little of its own buzz.  People (like myself) have been chomping at the bit to give it a try.  It’s called Shortage Marketing.

Google Plus has a whole number of spaces to play with including Circles, Huddles, Hangouts, Sparks and Instant Uploads. I won’t cover each of them here, but if you want to know more about a key component, Google Circles, I recommend checking out their video below or you can view a broader presentation on this little Google demo.

What makes this Google Plus initiative a real plus? 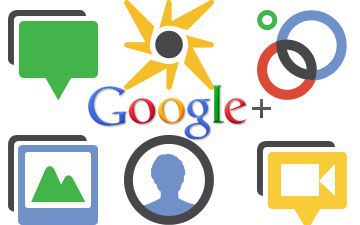 Google Plus is still rolling out its invitations.  The early adopters are running all the tests Google needs to find out how well it works for real.  There are certainly some wrinkles that need to be ironed out, specifically, as far as I am concerned, with Circles (to be able to view all the circles at once, sorting of friends via a more robust search mechanism…).  I also have been a little lost without a wall.  But I am sure those are just teething pains.  On the mobile front, Google Plus is up on Android, but is not available on the iPhone yet (funny that).

The online battle is definitely heating up

The confrontation between the online giants looks to have gone to a whole other level.  Microsoft and Apple have been hitting the clouds.  Facebook and Google are going at in social.  Facebook is aligned with Microsoft, which bought Skype, which is going to be embedded into Facebook very soon to allow for in-the-flow video chat.

All said, Google+ seems to be the real deal.  Your thoughts?