People talk quite a lot about empathy as an important quality of modern leaders. There are blogs and sites vaunting its beneficial powers (See below for a good list of resources).  The issue is that empathy is not a natural skill.  It takes time to develop and hone.  And, I would argue that one’s ability to show or experience empathy changes according to the person, the context and one’s state of mind.

Thus, empathy is something that may be in constant development.  That takes effort and a certain myndset.  For those of you not willing to make the effort, taking another tack, may I suggest this list is for you. 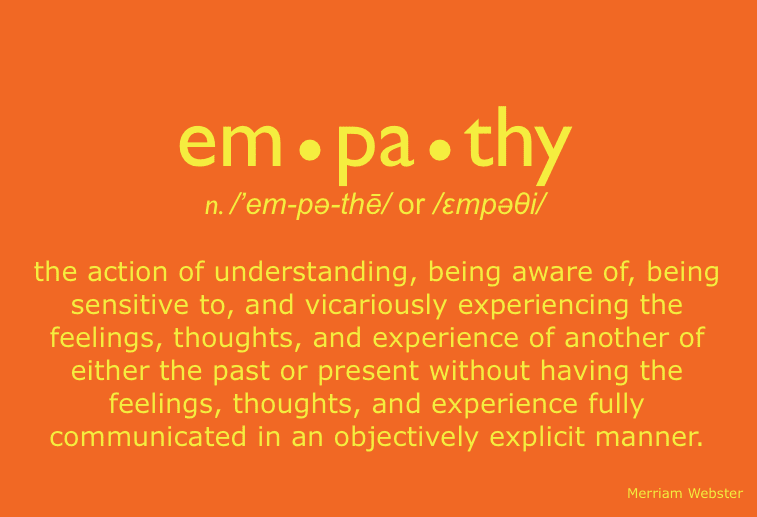 What empathy is not for!

Herewith the top 10 reasons why empathy may not be a good idea for business.  I have added some pre-populated {tweet this} links to make it easier to tweet out certain phrases, if you feel like it!

How are you doing so far?  Which reasons ring a bell for you?

On a personal level, I don’t know many successful happy marriages where both partners don’t have a developed sense of empathy.  If, as a senior executive (or anyone else for that matter), the goal is also to live a fulfilling married life*, I would argue that empathy is a powerful asset on the home front.  So, if being happily married is not important, you won’t have to worry about empathy, either. {Tweet this}

I end with a quote from Susan Sarandon: ““When you start to develop your powers of empathy and imagination, the whole world opens up to you.”  The rest, I say, is up to you!

*Married or living together (i.e. long term partner whether or not married)