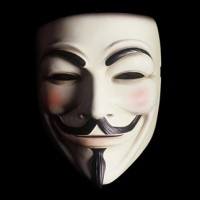 Can you keep a secret?

Privacy and security are hot topics this year, not just in social media. Guarding one’s privacy is of paramount importance on a personal level. In business, the challenge is more about keeping strategic information and data under wraps. There is confidential. There is secret. And, then there is anonymous. All three have their place.

The good face of anonymity

In the mysterious world of the darknet, the amorphous and leaderless Anonymous has shown why it can be a force with which to be reckoned IRL. Anonymity is a fundamental tenet of a vibrant democracy. Anonymous is providing a form of check to over-controlling governments and an ethically questionable corporate world. And, there is much to be said for how anonymity has helped people and groups “come out” and find a voice. Of course, there are also negative consequences with anonymity due to an inherent lack of accountability. With anonymity comes a certain responsibility.

In a world of over exposure, anonymity is especially tempting for younger impressionable students. There has been plenty of press about how students and potential applicants should avoid posting embarrasing drunken photographs. The desire for anonymity seems natural. Secrets are of natural intrigue. Besides, we all have our secrets. However, total anonymity is a tricky thing to achieve. An hour with Edward Snowden would probably help figure out the ropes (he gave some good advice during the Q&A for his talk at SXSW). But, with today’s supercharged cookies and sophisticated hackers, not to mention governmental spying outfits, full anonymity is definitely hard to pull off. In this context, there are a number of new tech initiatives surfing on the desire or need for secrecy.

If not anonymous, secret 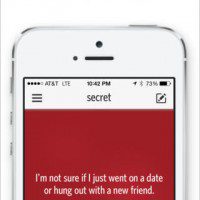 This new wave rolled in with SnapChat (launched Sept 2011) which made a splash, not just because the founders turned down a $3B cash offer from Facebook. Recently, there have been a slew of new apps that are catering to the need or desire to stay under the radar. These secret apps include Whisper (launched November 2013), YikYak (Dec 2013), Secret (Jan 2014), Confide (Jan 2014) and Sneeky (Mar 2014). These apps — which are essentially mobile only — are garnering a great deal of attention from investors. From a user (ux) perspective, the interfaces are usually inviting. A more confounding app is Backchat that allows for anonymous instant messaging to people in your network; however, you don’t know to whom you are texting. Another secret app that has recently been in the news for the wrong reasons is Ask.fm. There has been a lot of reported cyber bullying on Ask.fm, which is based out of Latvia. With all of these secret apps, they are subject to issues with improper indiscretions and/or untraceable bullying.

The business case for secret apps?

Whisper ($20MM) and Secret ($9MM), the real question is whether such anonymous apps are actually ethically viable? Further, where is the business model? If history is any harbinger — as in the demise of Formspring and PostSecret — this run on secret apps has more hype than sense. From a ‘sponsor’ standpoint, if I were a respectable brand, I sincerely do not feel that there is a cogent case for participating in secret apps. Aside from the ethical issues (e.g. bullying), the problem with anonymity is that there is little-to-no way that personal profiles (to say nothing of email addresses) will be captured for further CRM efforts. Marc Andreessen has come out against these types of apps and I whole-heartedly agree with him as a brand marketer.  I just can’t see how respectable brands (even Victoria’s Secret!) would even ingratiate themselves within the interface. Even if there is an audience, the intrusion of a brand within a secret platform seems anachronistic, if not morally wrong. As it is, brands have difficulty in being contextually relevant when the access to the data is enabled (read: Facebook and Twitter). It would be as if brands were spying on my deepest personal activities. Hardly a way to garner trust and engage with customers, I say.

I personally find SnapChat rather fun. But, I would do a definite double take if I started to see brands interfering in my little exchanges with my daughter. If brands are to be the sugar daddy of these secret apps, it may be difficult even for Snap Chat to find enough Snoop Daddies.

What is your opinion?