The iconic Paula Kent Meehan passed away June 23, 2014. Most readers of this blog won’t have known who she was. However, I felt the need to share…

I was particularly blessed to have had the chance to run REDKEN for three and a half years of its 54 years in existence. That’s not even 7% of its life, but it was a very large part of mine. I can safely say that it was the most powerful and fulfilling part of my career at L’Oréal for three reasons: the quality of the people I met and worked with, the amount I learned from Redken and the Redken tribe, and finally because it allowed me to experience firsthand the power of a real brand. 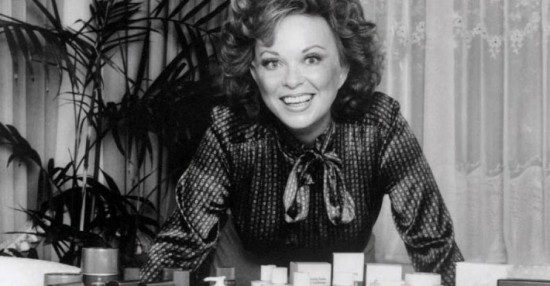 Paula Kent Meehan – leaning in, as ever 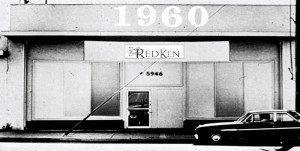 There were many people who contributed to bringing Redken to life. As my friend Christine Schuster, who was running Education worldwide for Redken at the time, taught me, it was about having a group of talented individuals who shared a common set of de facto values, behaviors and language. It is in this element, that I feel that Redken was and remains a standout and wholesome brand. And, if there were ever a single person who was responsible for Redken, it was the “Ken” of Paula Kent Meehan.

I worked for a number of brands at L’Oreal and I left the company over 5 years ago. And I can say with great alacrity that Redken is still in the (my) house. From the merchandising where Redken adorns numerous t-shirts, bags and a tenacious apron, the Redken blood continues to course through my veins. Moreover, well after leaving Redken (and then L’Oreal), I kept up my relationship with Paula. With our being some 5,600 miles apart, we would exchange the occasional email. I often marveled at how Paula’s email would be time-stamped around 5 a.m. Los Angeles time. We would exchange on many topics including her love of Japan, her barge and chateau in France and, of course, the beauty industry.

Paula Kent Meehan was indubitably the driving force behind the Redken brand for the thirty-three years she owned it. In a world of entrepreneurs and big beauty companies stacked with men, Paula was a woman on a mission. When she sold the brand to L’Oréal, Redken was turning over $160 million/year. Paula won numerous awards as a powerful and influential business leader. Despite all the wealth and fame, whenever Paula hosted you at her Beverly Hills home, she was ever gracious, entertaining and attentive. Paula was vibrancy personified. With her energy, sense of curiosity, stream of new ideas and persuasive communication skills, she was a natural leader. In the wake of Sheryl Sandberg’s call to lean in, Paula should certainly be considered as a role model for women entrepreneurs and business leaders.

Having sold Redken, Paula could easily have taken to a life of leisure. However, Paula was inhabited by a higher purpose. Her work was certainly her passion. And her work extended far beyond making money. Somehow, you knew that she never forgot her roots. She always wanted to give back to the beauty industry. Having dropped out of high school, she donated time and money to education. Having failed as an actress, she donated handsomely to the Wallis Annenberg Center for the Performing Arts. For someone who bore a child at the age of 15-years-old and had to work as a gas station attendant, Paula used a unique blend of courage, determination and pragmatism to make her fortune. But, at no time, did she stop giving.

RIP Paula Kent Meehan – thanks for all the passion and life lessons.

For a good further read, here is the Obit in the New York Times, by Douglas Martin.