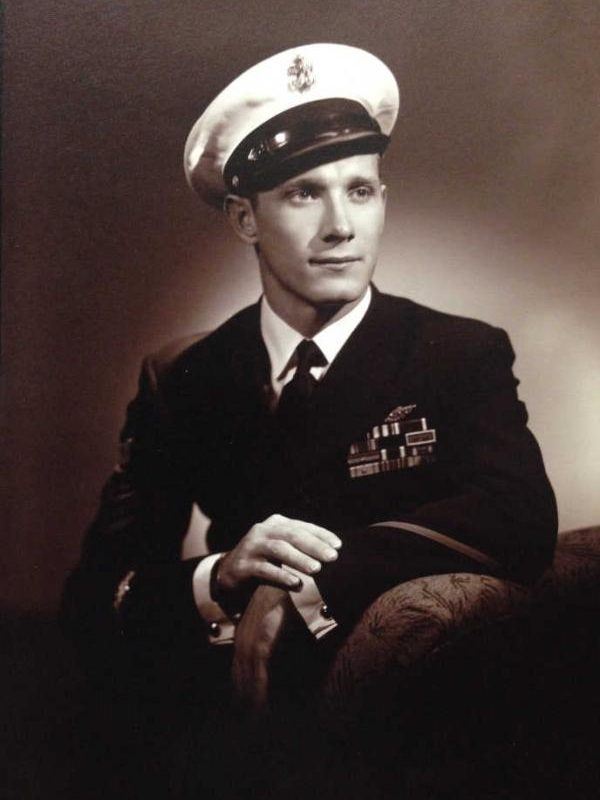 Over the last 20 years, I have had the chance to meet a number of members of the Greatest Generation. It’s been a mission (if not an obsession) of mine. My purpose for the large part has been to find and meet people who knew or were somewhere near my grandfather, Lt Cdr Minter Dial, after whom I was named. So, it was only natural that, since I was headed to Austin Texas for SXSW 2014, I connected with a USN veteran of World War II. His name is Charles “Tim” McCoy, who served in the US Navy, aboard a number of submarines, before becoming a prisoner after the USS Grenadier was sunk (April 1943).

I came across Tim thanks for an article published in the Lubbock Avalanche Journal, written by Ray Westbrook.

Tim McCoy, who is 90 years old (born in 1924), showed that he is in great mental and physical health. For two hours, I listened to him talk about his experience in the Pacific, including his captivity as a prisoner of Japanese for over two years. Anybody who has come across the book Unbroken, by Laura Hillenbrad (soon to be a film, directed by Angelina Jolie), or any other book about the Japanese POW treatment will know just how horrible that experience was. During our chat, I was lucky enough to hear directly from Tim, about his participation in a truly epic and well-documented mission aboard the USS Trout.

The USS Trout story is one of extreme bravery. For a submarine that usually had a crew of 60 men, as Tim recounted it to me, this particular mission was filled of volunteers, and numbered less than 40. The Trout’s mission was to supply ammunition to the beleaguered island of Corregidor. For this purpose, the USS Trout left Hawaii without its usual set of torpedoes and defenses, in order to load it to the hilt with ammunition and supplies for the troops on Corregidor, where it arrived February 2, 1942.

In the stealthiest of maneuvers, coming under cover of night, the men of the Trout unloaded all its cargo during the night. Then during the day, the Trout spent daylight under refuge of the sea. On the second night, per Tim, they were given a new assignment: to load all the existing gold bullion that had been ferreted away from Manila before its capture. In this manner, the Japanese were deprived of the Philippines’ gold and silver reserves.

The story in History

As with so many of these war stories, there are some discrepancies in the various accounts. The most interesting one regards the reason why the gold was taken. Either the gold was taken because of a need for ballast. Or it was a pre-meditated reason for going to Corregidor in the first place (alongside bringing the supplies).

A second ‘story’ regards the amount of gold. It seems that one of the ingots got “lost” in the shuffle. Apparently, the ‘missing’ ingot showed up in California when Mr Willoughby, who had been overseeing the Philippine treasures, “turned up in San Francisco with a sheepish grin and one bar of gold, which he turned over to authorities, saying, ‘Here’s one I forgot.'” This was reported by TIME magazine. (Source: Home of Heroes)

In the story that I heard from Tim and the various accounts online about the USS Trout, there were some other small differences. But, no matter, it was wonderful to be able to hear about this story from someone who was there.

Two months later, Corregidor was invaded and captured by the Japanese. My grandfather and more than 12,000 allied men and women were taken prisoner. And, as I have documented before, only 6 of every ten prisoners made it back alive. Most of these survivors were scarred forever by the horrific experiences they suffered as prisoners of the Japanese. Tim transferred to USS Grenadier after that mission. The USS Trout, after making some 10 missions, was sunk in 1944, losing all 81 crew.

The words and memories of Tim McCoy were crisp and level. To think that this man was only a few hundred meters from my grandfather, just before his captivity, was incredibly meaningful for me. Tim kindly drove me all the way downtown, driving with greater precision and verve than the vast majority of other drivers. Kudos!

Thank you, Tim, for sharing your story, and for inspiring me to do more important things with my life.