Over the last two weeks, while all the attention has been focused on the Apple iPhone 6 launch, I wanted to highlight the creative on UK-based Three’s latest ads. These adverts have been running over the last few weeks in British media. There are a number of versions and formats, all lamenting an individual’s sad story and how Three’s competitors (which are named – mostly Vodafone it would seem in the selection below) wronged their client.

The #HelloThree creative certainly got my attention. The photo is rather raw and instagram-like in quality. The lead hook is a (different) first name in bright, large letters. The ad format affords plenty of white space. The Three brand stands out nicely in the white space. In a stroke of modernity, there are no social media logos blithely advertising the existence of Facebook or Twitter, just the #hellothree hashtag. The tone of the text is distinctly casual.

Below is a set of 5 different creatives that I found in this #HelloThree series. Please do drop your thoughts about this campaign into the comments!

We heard Vodafone won’t give you a 4G SIM for the price of a 3G on, making that intense 72-hour-post-break-up-Tinder-marathon very painful. Heartless. 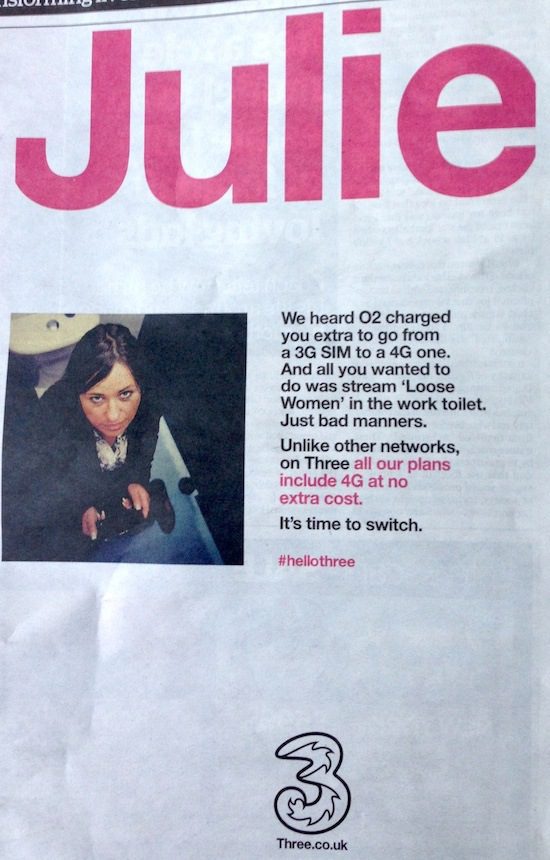 We heard O2 charged you extra to go from 3G SIM to a 4G one. And all you wanted to was stream “Loose Women” in the work toilet. Just bad manners. 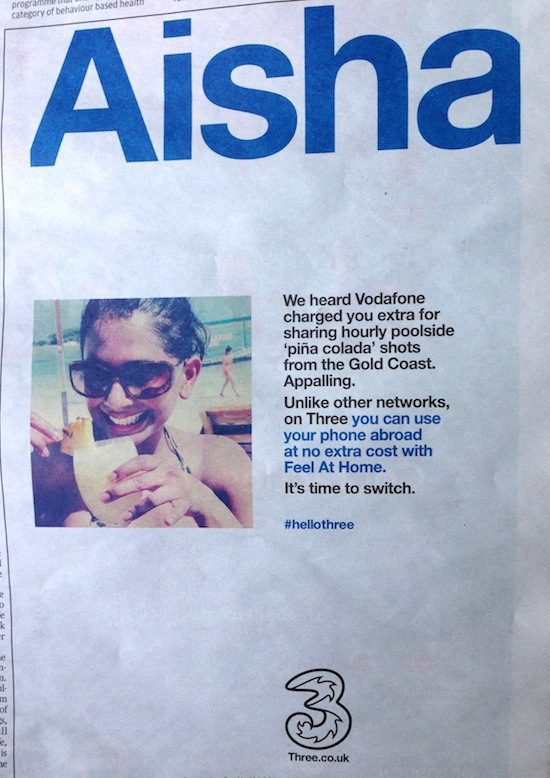 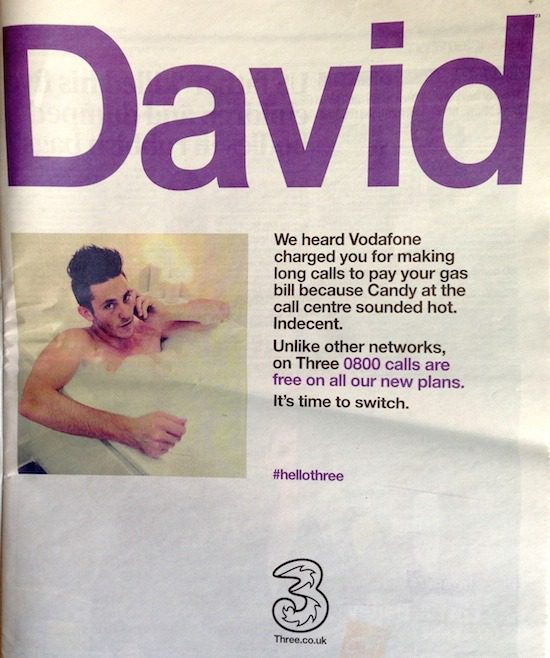 We heard Vodafone charged you for making long calls to pay your gas bill because Candy at the call centre sounded hot. Indecent. 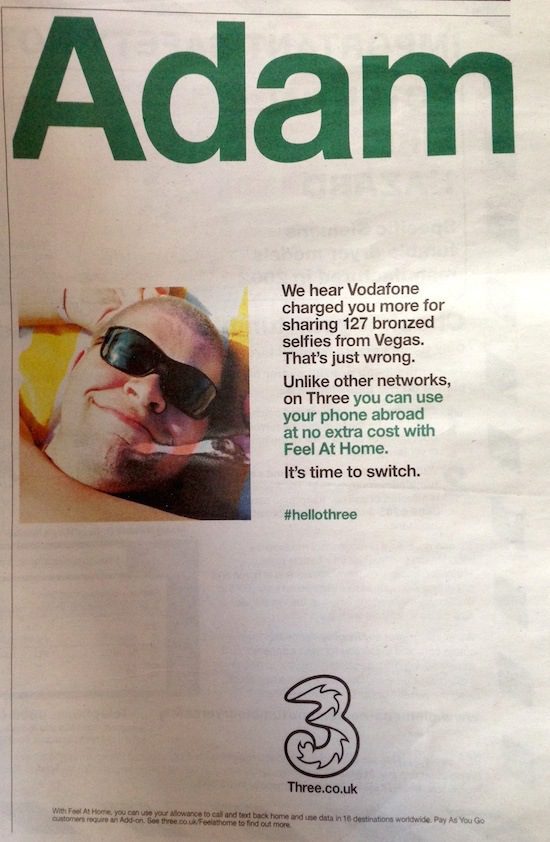 Good advertising or not? Your reactions, please!