In order to get their ideas through parliament and, more broadly, to survive, politicians need to “market” their ideas. In democracies, they are voted in by their constituents and then need to keep a regular pulse on their stakeholders — those who helped vote them in — all the while managing the rumblings, crises and internal politics on the Hill (or whereever the parliament is located). Politicians need to galvanize support inside and out, especially when trying to get a vote through Congress (or equivalent). Their teams will test certain policies to see how they will be received. They will listen to their constituents as best they can through pollls, in meetings and, from the comfort of a chair, go online. So, having support, developing a community, knowing how to listen and to bear influence are all essential qualities for a successful politician. And, online offers a whole new expanse, a tremendous extension of what one must do offline (IRL).

“Power is shifting from hierarchies to citizens and networks of citizens”
– Alec Ross, a US social media expert (2 April 2014).

It’s one thing to know that the Internet and social media are powerful. It is another to know how to use it to manage one’s online presence effectively. Certain politicians have gained the measure of the online space. Obama, who signs his own [very infrequent] tweets -bo and was perhaps the most visible pioneer, and Narendra Modi (Indian PM) have been online winners. But, for the vast majority of politicians, despite the fantastic amount of press and considerable number of available consultants, continue to struggle, as this piece in EU Observer attests for the European MPs. Whereas Obama has over 47 million followers on Twitter and Modi has nearly 7 million, in France, the President is desperately lagging behind. Between Hollande’s “personal” account (@fhollande) and the President’s office (@Elysee), they have corralled a grand total of 1.1 million followers. The tenure of the accounts remains, if one were to be kind, very presidential. If one had a more caustic nature, the description would be closer to institutional and distant as far as his personal account is concerned (despite one recent personalized tweet). A politician must be a communicator. It is a sine qua non of the role and, because of its public nature, it inevitably involves the personality of the individual above and beyond the actions and political platforms. A social media account that is bereft of personality is a dud account. [Tweet this!] If you want to see which policiticians are on Twitter, you can check here! 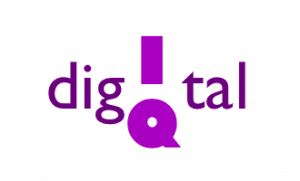 I would argue that the same holds for business leaders. Although the stakeholders and their communities are naturally different in form and function, business leaders have to corrall and convince. And, like politicians, business leaders are being left behind. If leaders are to motivate their ‘troops,’ the ability for employees to relate to and be inspired by their leader is vital. In this digitally connected world, a company that proudly announces that it plans to “increase its digital spend” and/or perform a “digital transformation,” causes so much eye-rolling and induces entropy when the entire C-suite is lacking in digital IQ, is not present on any of the social networks and continues to use a Blackberry. In such cases, the company will have a decidedly difficult time: 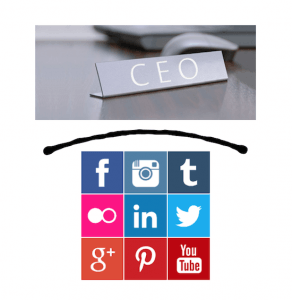 Is your CEO on social media?

The conclusion I wanted to draw in this post is about the similar opportunities that politicians and business leaders have by using the web and social media. Yet, we continue to see business leaders brake and/or shake off the opportunity to have their own personal presence online. There is no single “right” platform and it’s not about being present for the sake of just being present. Depending on one’s objectives, assets and personality, there are good — even strategic – reasons to focus on one or other social network, whether it’s Linkedin, Twitter, Facebook, Pinterest, Quora or a blog…

By having a personal presence online, a CEO has the opportunity to:

Not that all CEO’s should be wiling away their time on a social media (in priority, I still do suggest Twitter), but when the CEO is not digitally on board, it’s a much longer road to travel for any ”chief digital evangelist.” {Tweet this!} BTW, you can find a list of CEO’s on Twitter here, courtesy of our friends at Tweetbosses. Does your CEO have a social media personality? If not, shouldn’t she?