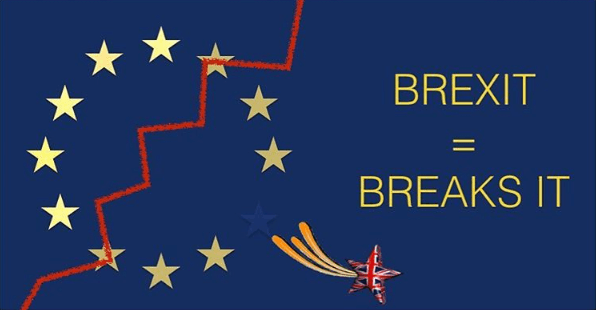 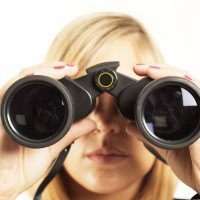 After the surprising BREXIT vote by the people of the United Kingdom last Thursday, we have since certainly all been involved in heated debates regarding this topic. Amongst my Parisian friends, the conversation kept coming back to the English. And like in the “Journal du Dimanche”, the first two pages of a dedicated BREXIT segment were entirely focused on the UK — and had more of a punitive tone.

The reactions on the continent have revolved around: the British are going to suffer; they are crazy; they do not understand the consequences; they are racist … But, I think, in these expressions, Europeans are mistaken in their conclusion. It would be better not to act as a jilted lover.

I personally feel more European than French (naturalised citizen). And, I think that Europe has a unique opportunity in this moment and must act resolutely.

Another friend opined that she was scared of what it meant. Here, I want to say that we need to move from fear into action.

In this context, I felt the urge to pen my point of view.

My advice to pro-Europeans: do not focus on the UK and the impact on them. Certainly, the reasons that motivated the vote are distressing; certainly, the UK may see the pound weakened and their economy struggle … but the real issue is:

What to make of Europe?

As the Chinese* would say: in any crisis, there is danger and opportunity. The requirement on the European side is not to draw up the best retribution possible against the Brits, but instead to focus its energies to find its own way and take care of itself. Angela Merkel rightly said: “Do not make fast conclusions about the British decision…”

Europe needs to understand – in a deeper way – why the Brexit vote happened. Sure, it was the 50+ year-old lesser educated English person who voted LEAVE in a bid to restore British sovereignty. But, in reality, the problem is that the British have not found enough reason to belong to Europe. Nicolas Sarkozy, for whatever he may be worth, is right in saying, “The British are gone: it’s their choice. We must now act fast and strong.” (JDD p6).

The three biggest risks BREXIT poses for Europe are:

The stakes are high and the risks are real. But, it is important to stress that they existed before the BREXIT vote. In fact, these topics were fully discussed before; but, the 28 members at the table were nowhere near finding a solution, stuck in endemic bureaucracy and consensual decision-making. The problem is that nobody (in Brussels, in particular) has ever felt enough urgency. It’s like running a business with an over-populated Executive Committee. An ExCom of 27 people is just unmanageable.

The opportunities for Europe – or even unintended consequences – are:

In the vision of the Europe of tomorrow, there is a need to identify one or more values that are held in common.* This must be an ideal and/or a behavioural trait that is shared de facto by the people living there. Europe needs to take decisive and joint action that demonstrates a clear ambition and that unites. One would need to streamline the decision-making in Brussels to become fleeter of foot. Will there ever be an alignment of tax policies and, even more complicated, over the role of the state (e.g., level of expenditures) within each country?

Although many repudiate the idea, Europe would perhaps need a real orchestral conductor. Is there an appetite on the part of citizens (and their governments) to give up more power and sovereignty to a meta-structure, with a European president? But, even imagining it were accepted, would there be a person up to the task? Angela Merkel would present the best (only?) option.

Many questions and concerns. But these issues should have been debated and resolved much earlier. Now, it’s time to take the bull by the horns.

WHAT IF BREXIT WERE THE RIGHT DECISION … FOR EUROPE?

If, as a result of the UK’s decision, Europe undertakes radical changes that will ensure the future of Europe, BREXIT would have had a happy unexpected intention: Europe will have received the necessary kick in the butt to provoke the change. But, if Europe implodes, this would indicate that the UK had good reason to withdraw. Perhaps, the UK’s departure will be the straw that breaks the camel’s back, but, in my opinion, the proverbial camel was already heavily overloaded.

Either way, I maintain that Brexiting was the right decision, even if the reasoning that underpinned this vote were unfortunate.

As a first (small) act of the new Europe: At the time of Euro 2016, I would propose to create a European team for each sport (not just golf)!

Europe: Now’s the time for us to act together!

* Although the United States are far from exemplary on many points, there exists a common shared value – across the 50 states – a fundamental belief: every individual has the right to build his/her own future. This kind of shared value binds and transcends all the American people. May the EU find its own!

*My friend, Takuya san, pointed out that the ideogram I had originally posted was wrong (it meant “storm wind”). So, I have replaced it with the correct characters! Arigato Takuya san!

PS Here was the post I wrote before the Brexit vote.