Over last decade, we have seen the creation of many new positions on the executive committee (generally the C remains the Chief and the O remains the Officer). These include:

This Fast Company article, written in 2015, made even more bold statements and invented some more far out positions. Among these I would highlight the Chief Privacy Officer and the Chief Ecosystem Officer (in charge of “industry dynamics and partnerships”). Whether or not these functions exactly exist, the titles suggest the burgeoning importance of such aspects of the business.

Digital transformation – where to start?

As companies continue to “do” their digital transformations, many are basically running at a standstill. Activities and investments are mushrooming, but little is moving. Why? Because many are missing the point. There are still many consultancies and large software providers who revel in saying (and advising) that it is all about the tech and infrastructure. It’s a very rational and reassuring approach, especially for the older management teams who were brought up discussing mainframes and SAP.

It’s not about the technology 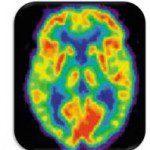 But don’t forget the tech… either

However, one cannot forget the technology altogether. That becomes too comfortable as well. As much as one needs to focus on the strategic imperatives and the softer tissue elements of transformation, there is undoubtedly a need to get more geeky, too. For example, it’s just not tenable these days to be investing so heavily in Facebook mobile ads or Google adwords without having an acute awareness of the User Experience (first and foremost) as well as some of the more technical aspects. Take the startling upshoot of Pokemon Go. Many executives will now have heard about it; but how many have bothered to figure out how it works and how to play? Of course, Pokemon Go is not relevant for the vast majority of businesses, but it is bound to have an impact on consumption and digital habits. So, I continue to hammer that it’s important for executives to up their digital IQ.

If there is one thing that is increasingly clear, it is that digital transformation is the affair of everyone in the organization. Click To Tweet Not only does digital impact all areas of the business, but it requires a new form of openness and collaboration that is antithetical to how most big businesses have been constructed. I would argue that each member of the Executive Suite needs to have an additional title, the Chief Mindset Officer, where everyone adopts the new mindset. I’ll explore exactly what the mindset of this CMO should be in a later post! Watch this space.

Your comments and reactions?