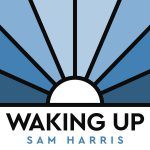 In the preamble of a Waking Up with Sam Harris podcast (“Sacred & Profane” #138), Sam explored the topic of apologies, including the scope and timeframe for saying sorry. How, when and why is an apology acceptable? What makes the apology palatable or sufficient to say that he is pardonable? We can probably all agree that the person seeking to apologise must show sincerity and genuine regret. But, how to gauge that contrition? And, I would further ask: What is the scale of a crime whereby an apology is even acceptable? And, in all that, what about forgiveness?

The Making of an Apology

Sam Harris’ position is that, as long as the manner is deemed appropriate, an apology is always acceptable. The body of his monologue goes likes this (with a few phrases cut out):

“What is the worst action for which a person should be able to apologize and have that apology be accepted? … A sort of ethical event horizon. Is there a point past which the person’s reputation can’t ever be retrieved? … What does it mean for an apology to be acceptable? To be sincere and acceptable… the person needs to stand in the same position with the respect to his past actions that we do or that his victims do. … If he did something heinous, he also has to view it as heinous. … For him to be credible, we need to understand how it is possible for him to stand in this new position. How is it that he can be different from the person who did the horrible thing for which he is apologising?”

Where Sam says that there is no time limit for making an apology, I can accept that only to the extent that it’s better late than never. However, when the apology comes many years (or decades) later, I feel it wreaks more of self-indulgence than it does of legitimate regret for the victim(s). To my reckoning, it’s tantamount to a test run before having to meet your maker (i.e. if you’re religious). Fundamentally, I think that an apology decays over time.

Looking at a few cases, regardless of the level of contrition expressed, what would you say if/when…?:

Some might think that living with the crime is sufficient punishment. Others will be happy to forgive as long as the perpetrator has apologised. To what extent does justice served facilitate or enable forgiveness? And, then there are the people who knew about it. What of their guilt and/or responsibility? I’m told that even murderers tend to reveal their crime to at least one other person. One of the uncomfortable realities is that those individuals have done nothing per se illegal. It’s a question of morality. This brings more depth to the notion that you are as strong as your network.

On the Receiving End?

If you’re the victim of a crime where the perpetrator is not found or, possibly worse, is let off without penalty, it can be a tall order to forgive. It’s an even bigger to ask to forget about it. There is a release in being able to forgive and forget. Bible study is full of conversation around the goodness of forgiveness. The medical profession even weighs in:

If you can bring yourself to forgive and forget, you are likely to enjoy lower blood pressure, a stronger immune system, and a drop in the stress hormones circulating in your blood, studies suggest.

The Release of Forgiveness

As much as I understand that forgiving can be a release, it’s an act that is not at all easy for the human being, especially when we take it personally. Victor Frankl’s book, In Search of Meaning, is a remarkable study in forgiveness. From my vantage point, I don’t know or believe that I’d have had the same courage to forgive such hideousness. Of course, you don’t need an apology to forgive, but I believe it surely helps!

In The Marvelous Mrs Maisel (S2E4), Joel Maisel (played by Michael Zegen) asks the question, “You think we’re ever really forgiven for the mistakes we’ve made?” A new character, Benjamin (Zachary Levi), made some rather profound statements:

“Who do you want doing the forgiving? God? … People? People never forgive. Not in my experience. They say they do, but they don’t. I’ve not even sure forgiveness even really matters. … It doesn’t mean anything. I mean, you still did what you did, right? Nothing’s changed. Forgiveness is a mindset. Synapses in your brain telling you to think differently about something that’s already happened. It’s amorphous. It’s not really there. And if it’s not really there, what is it?”

Benjamin in season 2, episode 4 of The Marvelous Mrs Maisel

As a brand and in business, knowing how to say you’re sorry or to be transparent about your faults and failures, have never been a strong suit. There is strength in being able to say “I’m sorry.” And there’s rectitude in recognising your faults and the pain you might have inflicted on others. What of a brand’s values when it comes to apologies and forgiveness? At some level, it’s the very epitome of ethics and authenticity.