Few would quibble with the notion that change is in the air. This year, with heads of state/parliamentary elections in over 60 countries, we can expect many incumbent governments to change (witness the most recent cases of France and Greece…).  Last year, we also saw a slew of non-democratic changes of heads of state in the 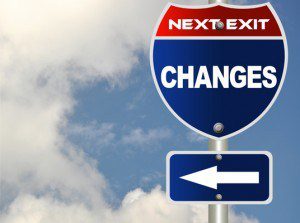 form of the Arab Spring; but, of course, these were non democratic states in the first place. Not that social media played anything other than a minor role in the Arab Spring — any more so than in the democratic elections in France — but social media has a way of promoting change, it seems, in every part of our fabric. And, this is no less the case in business, where customers have gained a voice and brands are having to adjust their marketing strategy and tone.

Why is Social Media a change agent?

It seems to me that the force of Social Media is its emphasis on the human relationship. Yes, it is a tool, but it’s personal. It’s nominative.  And it’s substantially (if virtually and selectively) public.  Social media allows the people to become the media.  Because of the public nature of social media, it becomes unlikely that individuals will want to publish things about which they will not be proud.  Of course, this is where the anonymous option has all its force, because it gives even greater value to the nominative critique.  All the same, the burgeoning presence of social media across the globe — at dinner tables and as much as water coolers —  means that social media has seeped into the very fabric of our existence.  Social media is personal.  In business, it only truly works if there is a genuine personal touch.  And with it, the nature of communication, the lifeblood of our existence and organizations, in general, is being completely overhauled.

Social media may not have touched the masses in the recent French presidential elections, but, at the margin, social media and the internet may indeed have played the winning hand.   In any democracy, a swing of 1 percent is extremely important.  Between the 5 million French [46 million registered voters] who followed the elections on social media, 6 million who used the internet (excluding media sites) and the 13 million who used the internet version of the traditional media sites (source: Les Echos), the internet and social media (which permitted, for example, the sharing and amplification of partisan feelings) must have had a significant role in forming people’s opinion.  No data will substantiate this, but, personally, a Facebook comment by a friend of mine about the presidential debate on TV had more weight for me than any post-debate commentary by stuffy TV journalists.  Don’t you agree? 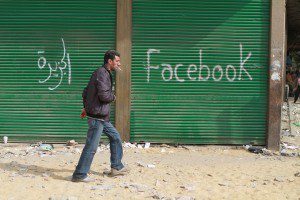 Men in the middle*

Social media had an even more marginal impact on the Arab uprisings.  However, there is no doubt that the dictators and control-by-the-fist governments have the measure of the risk.  Iran, Syria, North Korea and China still have bans on Facebook.  As I wrote here, social media is being used differently, with “alternative” methods in these countries.

To the extent that social media is personal and carried by individuals, the opportunity for brands to find a higher cause becomes not just a possibility, but a necessity.   Especially for the higher value brands and those which wish to take a leadership position, brands should be looking to espouse a higher mission.  A purpose that galvanizes the employee workforce — the very people manning the keyboards and telephones — as well as giving a valid reason for people to want to share their experience and fetish for a brand within their own personal network.  So, have your leadership answered the question: What’s your mission?