Recently, on my favorite TV channel in France, ARTe, I came across a programme named ”Philosophie” on the Art of Conversation.  Isn’t it so French l’art de la conversation?

The French love to talk, discuss, debate, converse about all subjects. Just watch the number of TV programmes and websites inviting people to debate on politics, literature, education; anything you can imagine, most often yaking and talking over’s somebody else’s words.

The digital art of conversation 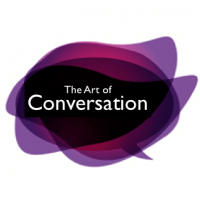 Since the digital conversation between customers and brands is a significant part of The Myndset, I wanted to comment on the discussion between Raphaël Enthoven and his guest Ali Benmakhlouf on the subject of conversation.

They defined conversation as an elegant and subtle exchange of ideas with a mutual attention combined with an element of contingency or unpredictability, and preferably a twist of humour. Unlike a discussion that has an objective (Oxford Dictionary definition: Discussion), or a mere chat about any banal thing, a conversation is an act of listening and responding without the arrogance of wanting to control the ideas.  There are many words that can be used to describe how two (or more) people interact.  Here’s a non definitive list: 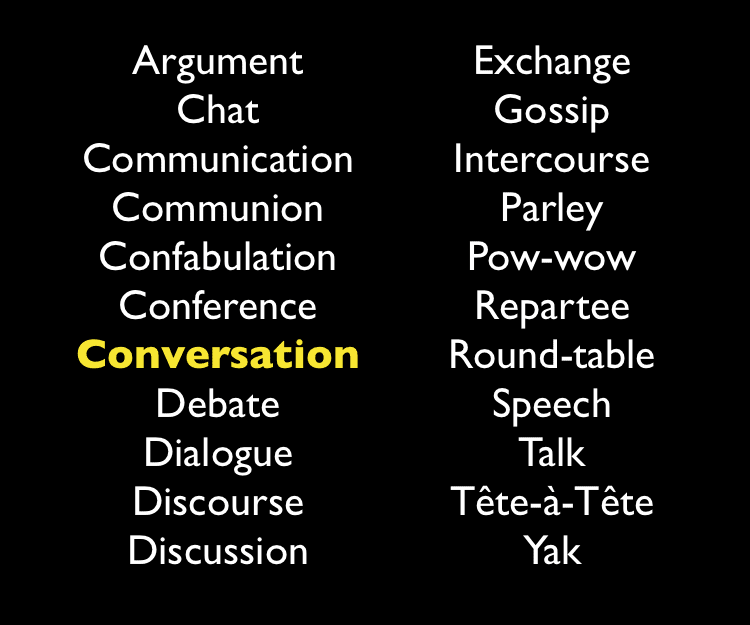 The game of tennis as a conversation?

Enthoven and Benmakhlouf cited a number of writers and philosophers using the image of a tennis game, where each player needs to focus carefully on the other, so attention is at its maximum.  In a tennis game, you must react and respond to the other.  You may, at times, use the other player’s power to your advantage.  There are ebbs and flows in the game, where the rhythm (and momentum) may be changed.  However, they did omit a crucial distinction. If in a conversation, the objective of the exchange is never to win, it is typically the purpose when you play tennis.  Tennis is a competitive game.  Of course, you can have casual tennis exchanges or knock-ups, but the motivation for playing is usually to win the game.  Tennis, thus, might be closer to a discussion in this respect!

Returning to the definition that Enthoven and Benmakhlouf suggested above, a digital conversation has these same qualities. A company should converse with its customers — at least in the digital sphere — not with an upfront and unique objective of winning.  A conversation is not an ad nor a promotional page.   It is more delicate and subtle.  It is engagement without complacency, open to all subjects raised by the clientele.  Conversation requires being close to the people, not self absorbed.  A touch of humility, if not humor, is welcome. Via conversation, we come to know one another.  We establish trust (or not).

I would add that the way a brand can build a competitive edge online — in its digital conversation — is in the implementation of the five E’s, which Minter identified in this article from 2010 (Brands Getting Personal).

The 5E’s in the art of conversation 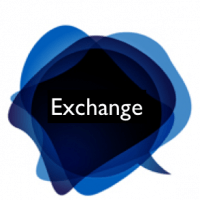 A great digital conversation has the 5E qualities:  It is an exchange (not a mere ad) inciting engagement (where both sides act), an experience (unique and memorable), where emotions are welcome (complaints and likes, as well as surprise and humour),  all wrapped up in essence (meaning, depth, and interest). {Click to Tweet!}

The elegance of conversing has similarities with a stroll in nature, enjoying the many possible encounters: sunshine, rain, frogs, mosquitoes, always being open to the world, and not judgmental.  {Click to Tweet!}  This is why the ROI is so controversial and difficult to measure. A stroll in a nature has many more hidden rewards than a self-proclaimed ‘best of the world’ declaration. The digital customers are in a better place to declare and converse about how good you are.  Is your brand letting the conversation happen?  Or does it still prefer to pursue discussion (with objectives), much less one-way communication?