This year’s Netexplo Forum* 2014 was original in more ways than one. For starters, the second day (of 3 days) was entirely

distributed; i.e. it was held at a distance with live streaming. That’s to say, all the panels were conducted in a studio and streamed online (on NetexploLive) instead of at the majestic UNESCO House (where Days 1 and 3 were held in presence). Secondly, there were some fantastic initiatives revealed by the Observatory, coming as ever from the four corners of the world. Julien Levy provided a remarkable synopsis of the three main trends emerging from the Observatory.

As technology becomes ever more omnipresent, the trends in new tech — particularly through the eyes of sociologists — reveal much about the way society is evolving. Technologies are at once a reflection of society and tools to accompany a changing world. The three themes presented by Julien Levy centered on how new technologies are modeling our lives and society.

Taking a look at the Netexplo Forum as a whole, with the 10 award winners as well as the keynote presentations, panels and sessions throughout the three days, below are three important meta themes that I observed. 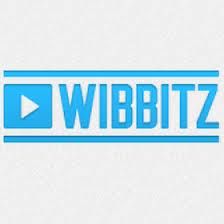 As much as and as fast as we develop technology, the role of the human is always at play. Some of the projects presented were all about eliminating or diminishing human involvement in the quest for automation or greater efficiencies. There is SimSensei, a simulated master (“sensei”) or, put in a more pedestrian manner, a machine therapist to help treat depressed or anxious patients. There is Wibbitz that automatically converts long form text into a summary and thence into video form in a matter of seconds (a process that takes a lot of human involvement and costs typically $1000/minute). On the other side, we had the new New York Times Now initiative – for mobile only – that is a pared down version of the NYT with heavy human intervention in the curation of the articles. Another example of the human intervention is Jelly, a new mobile Q&A app, that relies on our profound desire to want to help others.

In the top 10 prize winners, there were what we could qualify as two new search “engines.” With the continuing dominance of Google in search in most of the world, we now see different angles and technologies approaching search in different ways. Jelly, launched in January 2014 by Biz Stone, is a search based on Q&A and images. To the extent search is the quest for an answer, Jelly provides a decidedly humanized interface. Shodan, another Netexplo laureate, is a search engine for connected devices (the Internet of Things). Shodan is the search engine for the underbelly of the Internet – the hidden part of the iceberg — and is designed to help find and catalogue all items that have a searchable IP address, such as TVs, cars, fridges and who knows what else in the future.

3D printers are now taking off in the most extraordinary of directions. This year, there were two top 10 prize winners that involved 3D. The first is Mobile 3D Scanner, which is able to render a 3D model via an iPhone camera, using the accelerometer to capture the depth and angles. Secondly, there is SkinPrint, an ambitious project out of Holland intending to be able to print skin for burn victims. To the extent we already have 3D printers able to ‘print’ guns that function and chocolate that’s edible, technology is pushing the boundaries of 3D to include what some term as 4D: the human dimension.

If technology is driving many of us insane, whether because of its omnipresence or the frequency of bugs and breakdowns, technology is also being applied to find ways to improve our mental health. Soma Analytics (out of Germany) is designed to identify burnout and/or depression via gestures, voice patterns and facial movements. Similarly, SimSensei (mentioned above) is a simulated therapist that works to assuage anxiety and depression. Other initiatives that we heard about included Happify, that identifies and encourages 5 scientifically proven ways to improve one’s happiness. I also think of Happier, the social network launched in Summer 2013, that encourages people to share happy feelings and moments. As founder, Nataly Kogan, says, Happier is about celebrating life.

Taking stock of Netexplo Forum 2014, to some degree, the study and understanding of the new technology initiatives around the world is also a way to celebrate our world.

*Disclaimer: I am the International Media Director for Netexplo