With all the mounting accusations of sexual misconduct by men in power, I have had several conversations in different countries — with men and women — that have made me pause. To date, there have been at least 40 well-known men singled out for their transgressions. In light of these headline stories, the three questions I have are:

How to gauge the accusations?

To the extent someone commits an act that isn’t illegal, but is ethically questionable, the justice system will not be the arbiter of a punishment or reprieve. How then should society operate? How should one’s friends and family behave? In my opinion, one ought to start by qualifying the different acts. To start, one must evaluate the level of transgression and not to put all acts in the same basket. The range goes from sexism to sexual harassment to sexual aggression/assault up to predatory behavior. None is acceptable, but the scale is important (as any regular corporate training will establish). Secondly, one needs to establish the context, which includes looking at the time/era and cultural environment. Thirdly, for the less serious acts (sexist/sexual harassment), was it one-off or repetitive?

When to pardon an ethical failure? 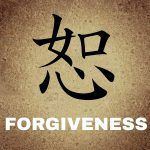 恕 incorporates the pictogram of a heart at the bottom, and a woman and a mouth at the top. The heart portion has the most significance, as it is suggested that it is the heart’s nature to forgive. In Asian culture, as with most other cultures, forgiveness is an act of benevolence and altruism.

So, if a friend of yours has done something bad, should one: chastise, unfriend and/or delete from the phone book? Or should one try to walk in their shoes and forgive? When and how to decide to pardon someone? It is vastly different if an individual did one single bad action many decades ago when society’s mores were different, but he never repeated; versus someone who repeatedly continued to offend until he was found out. Some more religiously minded people might wish to forgive in all cases. Others carrying around some guilt might feel that they have no right to judge. Others again might feel so self-righteous as to assume the authority to judge all. The concept of forgiveness may be universal, but is it obligatory? In my mind, no one is totally clean. There’s an inherent pretentiousness even to suggest that anyone is holier-than-thou. To sin quite possibly is human. To be imperfect certainly is. Then again, when should there be a line in the ground over which one should know better by oneself, without the instruction of religion, law or friends?

You are as strong as your network

In the cases of these front page-grabbing pull-downs (Kalanick, McClure, Weinstein, Spacey, Rose…), there are two phenomena that made me upset. The fact that their ethical mishaps endured over years is inexcusable, literally. I cannot find it in me to pardon any of them, ever, even if they appear to be legitimately contrite. They unscrupulously took advantage of their position. The time for contrition was after the first offense. The acts were grotesque. The sense of entitlement repulsive. And the sanction should be unequivocally heavy. But, there is a second issue at hand: what about the people who knew (and I don’t mean the victims). I’ve often said that I am as strong as my network. Another way of saying it: your network is a reflection of yourself. When the misbehavior is sustained over years, friends and colleagues obviously were aware. It is my belief that their circle of friends ought to be ashamed, if not shamed. In the case of Charlie Rose, a long-time executive producer, Yvette Vega, admitted “I should have stood up for [the victims who came to me]… I failed. It is crushing. I deeply regret not helping them.” [Washington Post] Many individuals will be wringing their hands now…

For people in power, where the temptations might be great, the key is to have a network able to give tough love, and if necessary call you out and make you adjust. #ethics Click To Tweet

I am sure that the number of cases coming out will only continue as victims feel emboldened. Certainly, there will be some cases that may be questionable, but the movement is now in full stride. For many men of power out there, I am sure they are cowering with, hopefully, no small amount of guilt. They know they did wrong. I have several men in mind. I bet you do, too. 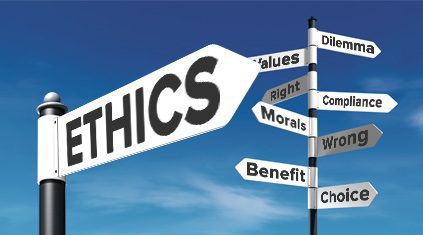 In the wake of these headline cases, the subject often came up in conversations in my trips overseas. On my recent trip to Russia, a couple of comments caught my attention. “The #metoo movement hasn’t a hope in Russia” and “In Russia, women know the game and have learned to extract value.” In other words, Russians operate in a more blatant macho environment. Can it be that a culture — including its women (and the victims of sexual harassment) — has a justifiably different set of values? Who’s to declare/establish what’s right? When you look at religion, many have a similar set of instructions as the Christian Ten Commandments, including not to kill. Yet, so many wars have been waged under the auspices of religion. It seems that no country, culture, religion or court of law holds a universally acceptable code of ethics, if only because none is able to act the part. Between the numerous priests who have been found guilty of paedophilia, a leading Republican candidate for the Senate Roy Moore or a Democratic senator Al Franken who “stands” for women’s rights (April 2017) only to be called out for sexual harassment aggression (Nov 2017), or the forthright and self-avowed sexual prowess of Ohio Supreme Court Justice William O’Neill (Washington Post), we have seen that none can claim to be totally upstanding. All the above cases are American. The way this will play in other countries where sexual mores are different will be interesting to follow. For example, there are European countries like Germany, France, Sweden and Italy that look at nudity, sex and adultery with a different eye; not to mention Asia, South America, the Middle East and Africa. Bottom line, it is hard to believe that there can be universal ethics considering the vast array of ethical standards currently in place. But does that then put into question the notion of universal human rights?

The questions that I pose at the outset of this post about when/how to pardon an individual for his transgressions is one that society needs to address without recourse to religion or the law. As a society, it’s hard to step out and affirm an ‘unpopular’ accusation. We’re programmed, for the most part, not to ruffle feathers, especially when the feathers belong to a prominent person. Yet, each of us carries our ethics at a personal level. If it feels wrong, one should recognize the feeling before doing it. If you see someone close to you acting incorrectly, one should have the courage to call him out for it at the first available moment. Personally, I have absolutely no time for individuals who have been bad for a sustained period of time, no matter their level of repentance. It is particularly grating to see individuals come crawling for forgiveness after they have been called out. But, those yet undetected and cowering have no evident incentive to come clean unless someone else breaks the news.

As a German woman friend of mine said, being a young man in society these days has just become more complicated. How will flirting and courting be influenced? As a society, will we find a place for a little naughtiness? #ethics #morals Click To Tweet Will men and women find a suitable path that accepts our more reasonable human foibles?

In any event, we would do well to shore up our ethical backbone as we’re about to enter into a whole new sphere of tricky topics brought around via the slew of new technologies that will create new ethical conundrums. I believe this spotlight on sexual harassment and aggressions will put a new focus on the ethical backbone of current and future business leaders. As I maintain, how you are as a human being — not just as a smart leader — must be taken into consideration in the professional sphere, for example when Boards are considering their CEO.