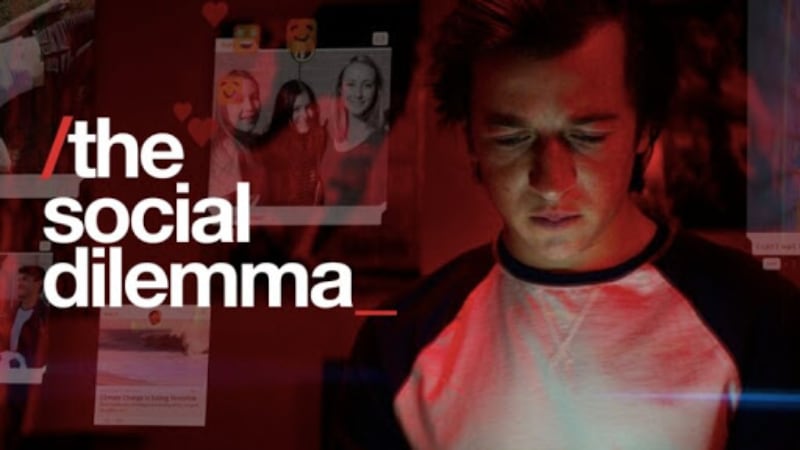 Initially shown at Sundance Film Festival in January 2020, The Social Dilemma, a Netflix documentary-drama, was officially released September 9 2020. It’s been making a fair amount of noise online (ironically). And, surely, it’s a must see. IMDB has it rated at 8.1 which feels right. Directed by Jeff Orlowski, The Social Dilemma uses the voices of a host of credible ex-employees to shed light on the behind-the-scenes rationale of the tech and social media giants. The film also spends roughly 20% of the 1h34 on a fictional dramatisation to highlight the addictive and damaging effects of social media. To the extent these parts were fiction, they were entertaining but tended to detract from the credibility of the film as a documentary. Yet, overall, the film provides a good take and, as long as you wait for the credits, you’ll catch at least one key take-away:

I’ve been beating this particular drum for a long time, not just because these notifications are all about stimulating the addictive dopamine hit, but because they materially damage one’s ability to concentrate on the task at hand, at being present and managing your time. Finally, having your notifications on is a clear indication to everyone else that you prefer to be whipsawed by others rather than be master of your time.

If the title of the film suggests that there’s a dilemma — meaning a difficult choice between two equally unfavourable possibilities — I would submit that there are many more options than just between a boolean yes-no. Further, there remain plenty of good things within and thanks to social media. The biggest takeaways for me were that we, the users, need to constantly educate ourselves as to what is going on (and it is constantly changing) and that the advertising business model is a most regrettable business model — where the “financial incentives are not aligned.”

Highlights from the film, The Social Dilemma

Here are some of the outstanding comments made during the film:

Technologist and founding father of Virtual Reality, Jaron Lanier, whom I’ve had the pleasure to listen to at an Intelligence² conference, suggests that the malevolence of the advertising business model is more subtle. He says in the film that advertisers aren’t paying to show you ads. The ads aren’t the product, but rather “it’s the gradual, slight imperceptible changes in your own behavior and perception that is the product.” The targeting is just the mechanism to get us to think differently and change our behaviors and actions.

“I like to say that algorithms are opinions embedded in code. Algorithms are optimised to some definition of success.”
– Dr Cathy O’Neil, PhD, Data Scientist and author of Weapons of Math Destruction

“The idea of humane technology that’s where Silicon Valley got its start. And we’ve lost sight of it because it became the cool thing to do, as opposed to the right thing to do.”
– Aza Raskin, co-founder of Center for Humane Technology, ex Firefox and Mozilla Labs; inventor of infinite scroll

“I think one of the big failures in technology today is a real failure of leadership, and people coming out and having these open conversations about things that, not just what went well, but what isn’t perfect…. So that someone can come in and build something new.” BTW This is a topic that I address in my upcoming book, You Lead!
– Bailey Richardson, early Instagram employee

“What I see is a bunch of people who are trapped by a business model, an economic incentive, and shareholder pressure that makes it almost impossible to do anything else.”
– Tristan Harris, ex Google Design Ethicist, cofounder (with Aza Raskin) of Center for Humane Technology, whose mission is to reverse ‘human downgrading’ and re-align technology with humanity.

The message veers antediluvian and quite radical as to the consequences of these attention-grabbing, addiction-encouraging and manipulative sites.

As part of a presentation Harris makes, he talks about how we tend to get glued to the time when technology will overtake our human abilities. “But there’s a much earlier moment when technology exceeds and overwhelms our human weaknesses. This point being crossed is at the root of addiction, polarisation, radicalisation, outragificatiom, vanitification [sic]…. And this is overpowering human nature and this is checkmate on humanity.”

Lanier suggests to cut out all social media, suggesting that there’s a lovely world out there.

Shoshana Zuboff, PhD, Harvard Professor Emeritus and author of The Age of Surveillance Capitalism, recommends that because “these markets undermine democracy [and] freedom, they should be outlawed…. because they have inevitable destructive consequences.”

“You can’t in practice put the genie back in the bottle. You can make some tweaks, but at the end of the day, you’ve got to grow revenue and usage quarter over quarter…. The bigger it gets, the harder it is for any one to change.”
– Alex Roetter, former SVP of engineering at Twitter

To the question, what are you most scared about, Tim Kendall, a former executive at Facebook and ex-President of Pinterest, says that, “in the shortest time horizon, [I’m most scared of] civil war.”

Through the various interviewees, the film provides a number of instructions or suggestions. There is, of course, no single solution. What it boils down is that we — each and every one of us — need to educate ourselves and take actions within our scope. We will need to review the laws being proposed. We need to take an active interest in the way our data is being managed. We’ll need the scrupulous guidance of some detail-minded individuals who have the objective intention and energy to read through all the fine print changes that are being made. We’ll undoubtedly also need some more films like The Social Dilemma. You can check out Harris’ podcast if you wish to immediately continue educating yourself: HumaneTech – Your Undivided Attention.

The only deluded recommendation I saw was to use Qwant rather than Google. A French initiative, Qwant is in its own league with other ethical and business model issues. In this matter, the proper recommendation should be DuckDuckGo.

Otherwise, yes, turn off your notifications!