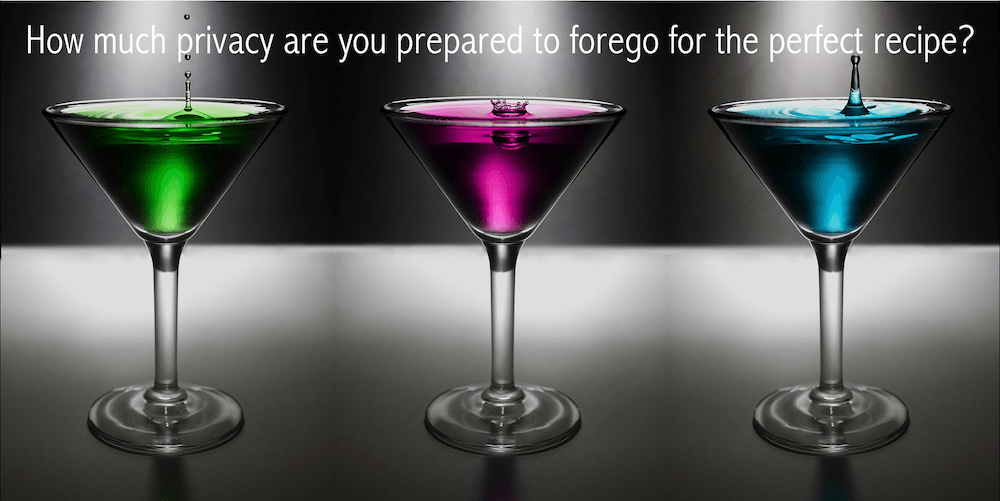 As we move toward an increasingly digitalized society, it’s clear that there is a growing tension – if not outright rift – between the proponents and organizations leading the digital revolution (e.g. Google, Facebook, Amazon, Uber…) and those defending and/or worried about the concept of privacy. We have seen growing calls for greater oversight, even for the splitting up of the behemoth tech companies. On the one hand, access to data is typically the veritable lifeblood of the business model. On the other hand, the life (and right to privacy) is being sucked out of the individual. At the heart of the schism are news media companies that have themselves been totally disrupted and whose business model and very existence are in peril. As a result, the role of media has had to shift in order to survive and through those changes, they can rarely afford to do proper investigation, much less cut through the noise and broadly distribute their messages. Other than the outlier Estonia (see this WSJ article behind the paywall), most governments and legislative bodies are far behind corporate, criminal and individual behaviours. Efforts to legislate tech are inevitably inadequate and/or woefully late to the party.

There are a host of new technologies that are on the cusp of breaking out. These include the Internet of Things, genomics and autonomous vehicles. There are also existing technologies, that might originally have been considered ’new’ a decade ago, but that are experiencing step-changes thanks to the combination of increased miniaturization, the cloud and access to faster processing power. These latter technologies include the smartphone (+5G), energy storage, big data analytics and, of course, artificial intelligence. At the periphery and/or on the horizon there are plenty of other technologies, not least of which is quantum computing.

Creating your own cocktail of tech

What makes the pace of change so difficult is that many of the use cases involve a cocktail of technologies that are meshed together in all sorts of enterprising ways. Whether as consumers/customers on the receiving end, or as employees responsible for making decisions or encoding the software, there is a growing awareness about the ethical challenges and risks associated with the use of data. Whereas we have gained a certain transparency on how some businesses and governments operate, we have also seen a lifting of the veil on our own private and personal data. Privacy is under attack and it’s hard to control the inexorable onslaught, whether it’s through the cover of fine print legalese, disingenuous opt-out clauses, inexplicable algorithmic machinations or uninhibited third-party vendors. In addition, major breaches of security have become a routine news item. As individuals, we are more or less aware that to get personalized service, we must submit some of our data. But it is a leap of faith to believe that the data is being used wisely and that we can selectively provide and retract data as we wish. The question that our media and people in general should be asking – within the constructs of a democratic society – is how to balance the trade-off between perceived benefit and reduced privacy?

Over the last twenty years, Society has had to grapple with just how much and how far tech can help us. While malevolent actors have also found ways to advance their own causes through innovative uses of new tech, the case can also be made for how tech can be a force for good and help protect, augment and even improve us. With advancements in techniques such as genetics, facial and iris recognition, voice recognition, access to voluminous amounts of data, as well as predictive and prescriptive analytics, organizations are crafting ever more precise ways of getting to know you. In the case of Estonia, where the digitalization of IDs removes much of the headache of administrative tasks, they’ve calculated that they have saved some 2% of GDP. The McKinsey Global Institute published a report in April 2019 that estimated that, by adopting digital IDs, developing and developed countries could save an average of 6% and 3% of GDP respectively.[1] Moreover, the report says that $1.6 trillion could be saved worldwide through a reduction in payroll fraud. It seems that at each step, the question is whether we’re prepared to sacrifice some level of privacy for some kind of benefit. Herewith a scale with the potential gain/trade-off, going from most important to least important. How much would you be prepared to surrender for the following benefits?

Trust is the question

The further we go down this list, the less “dangerous” the activity. At each level, society and the individuals within it need to assess the trade-offs. At some level, the meta question becomes how to dial back the benefit, if the intrusion to our privacy becomes or seems too invasive? Is it even possible to reverse tracks once we have gone too far? China is an interesting case in point, as they are several steps ahead thanks to a dictatorial state that is configured with digital prowess and capacity. But, fundamentally, it behooves us all, as ordinary citizens, to make our own informed decisions. Clearly, part of the answer depends fundamentally on our trust in the overseeing institution. But, if the government is unable to stay up to par, the oversight and ethical backbone will fall to the major corporations that are responsible for and benefitting from the new sources of data and the removal of privacy barriers. But can we rely on corporate governance, especially of publicly traded companies constantly under pressure for greater short-term profits? If history is any indicator, the answer is less than promising. From the barons of industry, to the tobacco industry through to today’s pharmaceutical companies, we’ve seen how ethics become obscured by the chase of the greenback.

How much and for what benefits are you prepared to opt out of your privacy?