We live in an increasingly transparent world, like it or not. In the wake of the SONY hack attack, I have been ruminating about the request by the company for the media NOT to broadcast the private (and embarrassing) emails. In September, when the Apple iCloud was breached and compromising photos of celebrities were leaked out, there were also calls for media not to publish or report on it and for people not to look at the images. If the latter requests make sense because of the breach of personal intimacy (with the only fault being that the individuals are celebrities), in a world of burgeoning corporate (not corporal) transparency, the former request is of another nature. {Tweet this!} 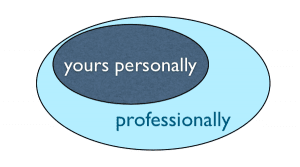 Professional may be personal, but not private

There are a number of major issues being raised by the SONY attack that are well worth the debate. If, at the Myndset, we continue to promote branding gets personal (where the line between professional and personal is largely blurred), there is also a limit between private and personal that must be adhered to, in order to keep things real and eminently livable. One of the underlying philosophical questions of this whole debacle is:

What constitutes ‘private’ and, therefore, not public? 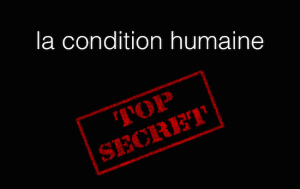 human beings, we all live with secrets as part of la condition humaine, companies have secrets, too. The key is that some of these company secrets are of a strategic nature, while others are less important and, often, related to the softer tissues of a corporate culture. If some companies are shrouded in mystery and/or tend to err on the side of over-protection of all internal information (through cover of regulation, for example), the SONY hack exposes the reality that everything can be revealed. I would argue that this event shows that companies can ill afford to act as if everything is top-secret. Board rooms must assess what is genuinely strategic and ensure that that material is duly secured. As in the case of SONY — and probably all of Hollywood in general — the remainder becomes an issue of adjusting corporate culture.  To paraphrase Eric Schmidt:

If you have bad things to hide, probably the best course of action is to stop being bad {Tweet this!}

The danger of connected devices

If taking naked/compromising images of oneself is not illicit, because we now take virtually all our photos with our “smartphones,” there is a high likelihood that the images will be uploaded automatically (to your computer, if not the cloud). We must, therefore, come to grips with the reality of connected devices, at whose doorstep we have only just arrived. Without in the least condoning the deeply intimate and private cyber theft of the celebrity images, on a personal level, we must learn to understand and adapt to the new world order. Similarly, in business, the onus of cyber security must also fall in part on the individual employees. Protection from cyber criminality cannot be entirely delegated to a software solution. {Tweet this!}

The line between fair and unfair game?

In the case of the SONY attack, there was information that was stolen that was of a deeply personal and private nature, including revelations of employee social security numbers, issues of personal and family health, and the like. That is truly offensive. 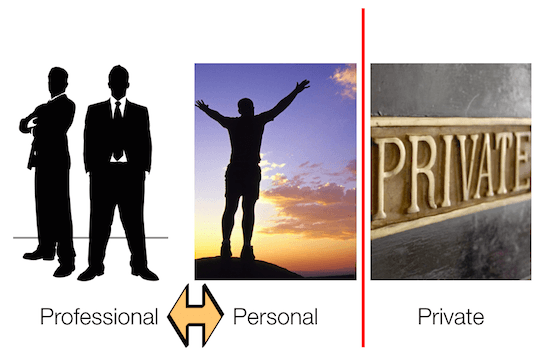 Whose line is it anyway?

But, when it comes to scathing emails and “embarrassing” derogatory comments about clients and partners, the hackers are exposing corporate culture more than private data. Digital conversations have been an accepted part of corporate life ever since the email came around. But, it should be remembered that even when memos were typed out and circulated via manila envelopes, these memos were also subject to leaks. An official memo with CONFIDENTIAL stamped all over it nonetheless keeps with it a certain degree of risk of exposure. As a general rule of thumb, you don’t want to write down that which you don’t want to be known.

I think that email has become an alternative — and broadly accepted — form of conversation. The same is true of text messages and social media exchanges. With the proliferation of digital communications, it is just not possible to “hide” all conversations and, thus, corporate culture. Bosses who let slip the occasional blunder is one thing. However, the fact that there are volumes of embarrassing texts and messages in the SONY leak, speaks to a broader cultural issue. What is written is clearly just the tip of the proverbial iceberg. Corporate culture should not, and cannot be considered a secret. With corporate culture are the company’s values, how its people should be recruited, how they should behave and, under whose guise, employees should be dismissed.

Corporate culture will inevitably be subjected to greater transparency. {Tweet this!}

In a piece I wrote in 2011, entitled Marketing Trends for 2012, I wrote that “WikiLeaks will make its mark felt in corporate boardrooms, as leaks from regular, industrial companies bare non-transparent activities within.” It seems I was wrong about boardrooms waking up to the SONY reality back in 2012. Even SONY, who has already been through two serious breaches (Playstation in 2007 and again in 2011) had not learned its own lesson.

Without doubt, however, 2015 will be the year that corporations finally awake to the risk of greater transparency. For many, though, the issue of changing corporate culture will be much harder to wipe under the carpet. Whether because of a disgruntled employee or a cyber hacker, companies will increasingly risk having their dirty underwear exposed. Just deleting old emails will not erase a culture of bad-mouthing customers, partners and/or shareholders, etc.

It should not be lost on us that SONY and APPLE are technology companies and should, thus, be more aware of the issues of digital security. The issues of cyber crime are relevant for absolutely all companies, even those manufacturing shampoos or other non digital goods and services. A suggested 2015 strategic corporate roadmap might need to look like:

Your thoughts and reactions, please!